Teaching
I have over 10 years of experience teaching both children and adults, which on multiple occasions has been featured in the Hokkaido Shinbun newspaper. A majority of this experience is English-teaching in a school, college, or afterschool setting, but I have also conducted cultural and workplace-focused workshops. Below are a few past examples:

Editing and Translation
I also edit or translate Japanese to English works, including articles in a wide variety of academic areas such as linguistics, psychology, and biology. 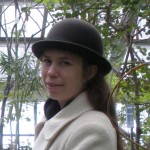 I am a Researcher at Hokkaido University in Japan. My current research is on modern Shinto shrines, especially overseas shrines, and their relationship to the categories of religion and the secular.
北海道大学の研究員として明治時代から終戦までの（特に海外）神社と宗教に関わった研究をしています。